Detoxing from heavy metals could be the single most important next step anybody on the entire planet has to make to move significantly forward on the human potential front. It’s already leading a few of us to spectacular results. The other article and discussion thread to check out is here:

Let’s tell a little story about “physical” embodiment. Early on in this universe’s life (one of an infinite number of universes), experiments in embodiment didn’t do so well. What I mean by that is that the body-inhabiting intelligences, the godsparks (souls, if you like) remembered what they were too quickly and readily and they’d just leave the bodies – experiment over. Dense, lasting, forgetful, materialism became imperative to experiment as deeply as possible what it means to be in a “material” body. This made it so that “godsparks” would stay in the bodies, and for huge tracts of time, experiments were constantly refined to create the most dense possible “physical” experiences.

Planets themselves are carefully prepared to offer any given experiment elements it needs for the experience itself. We’re being shown, one piece at a time, some fascinating things about Earth’s properties and therefore what those offer in terms of needed, planned, experience. It has, once again, to do with heavy metals.

It turns out among the most toxic of them all is cadmium, and it’s in, once again, everything, including tap water, coffee, processed and refined foods (i.e., hydrogenated oils), and seafood. It’s very male, and it has its harshest effects on the kidneys, the cardiovascular system, brain tissues, the nervous system as a whole, and it gets caught up in bone, fascia, muscle tissue, organs, and the list goes on. It can be instrumental in causing the entire spectrum of disease. It’s so toxic to brain tissues, it can result in dark and violent thoughts. Absent any root-causal programs, it can cause anger for absolutely no reason or trigger. It’s behind arthritis, heart disease, kidney disease, adrenal disorders, and the list goes on and on.

It’s also completely integrated with designed aging, and is behind the shortening of telomeres. Telomeres are caps that protect DNA and its information, and as they shorten, degrade, biological aging happens. Why? Because Earth is a planet where aging is part of the needed experiences for the success of the experiment. But, guys, that’s going to start changing, and we’re being shown some fundamentals on not just stopping it, but reversing it.

Cadmium so closely resembles zinc, it tricks the body into thinking it has plenty of it. It can also do this with magnesium, manganese, selenium and calcium. In that respect, it’s like a virus, where it debilitates its host, yet lets it live, and can actually give feelings that the health is perfect and all is good. It’s very stubborn, and continues with its tricks the minute you start detoxing it. In this way, it behaves as a crutch, and while tricking the body in this way, it boosts adrenal activity, placing it squarely behind adrenal disorders, panic attacks, elevated heart rate, high blood pressure, and again the list goes on.

In a more metaphysical way, it’s directly involved in grounding us in physical life. As stated, it’s very male. Grounding often includes diseases and physical symptoms. Of the many characteristics and properties needed for the Earth DNA experiment, the presence of cadmium was an important one. It’s expressly one of the reasons Earth was chosen.  Without my own physical problems, I’d have never been present enough in my body to be fully effective at what I do. Cadmium, all by itself, is the most important of the pervasive toxic elements helping to keep godsparks “asleep,” feeling separate, dense, and therefore unready to transcend the host, as it were.

It has obviously become time for us to become less “our bodies,” and the discovery of cadmium as a culprit of this level should show us that we indeed have immense things rolling towards us.

Now, to detox from it, you have to put “real” zinc in. The body will then recognize it and begin adjusting itself to throw out the imposter. Selenium, calcium citrate and magnesium can also help. Binders, such as Biosil and Zeolite can also be a big help. Using only supplements, cadmium detox can take years, and that’s being careful to discontinue taking it in, which isn’t easy to do. I wouldn’t even attempt it without the heavy metals detoxing footbath talked about in this thread.

Detoxing from it also brings us to Meridian Matrix. It’s why Merlin brought us to it at this time. Cadmium also gets into the meridians, and from them it needs to be cleared. We’re being shown healing techniques using Puramyds and Meridian Matrix that can change things with astonishing speed. Meridian Matrix gets in and clears the meridians of the presence of cadmium, no matter how subtle its form, and then carries those same cleansing codes on into organs, bones, tissue, vessels, arteries, and the list goes on. Importantly, it slows down, if not completely stops, telomere degradation, eventually stopping the aging process. We won’t know how true this is for years, but I myself am living proof of what it is doing, and I’m frankly stunned by it. Very soon, we’re going to begin our free workshops for Puramyds and Meridian Matrix. Everyone is welcome, but the workshops will be of little use without these powerful tools.

Full heavy metal detoxification could take the most disciplined person at least two years to accomplish. Using Puramyd, Meridian Matrix, and A Major Difference’s IonCleanse footbath, I’ll be free of heavy metals within the next 10-14 months, depending on how much cadmium intake I can eliminate.

The only ionic footbath to buy is this one:

They have a home unit called a Solo. There are many ways to acquire it. If you buy it outright, we get a referral fee. You have the option to apply the referral fee to a store credit for our products, or to receive a check or PayPal payment. They’re usually $250.

It’s impossible to stress how important it is to get the metals out of the body, and if you don’t think you have them, you’re wrong (unless of course you’ve been heavy metal detoxing, without taking any more in, for years, OR you’ve used the footbath method. The metals are a designed buffer, like a metal blanket, to keep us from extending our subtle senses into higher works. Getting them out extends our neural network into the stars, increases cognitive function, reduces pain, and the list continues on for pages.

This thread is for all things Puramyd.  If you made it to this page without knowing what Puramyd is, go here: http://puramyd.com. 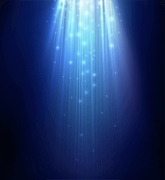 Hello Jason and the Superbeings. I’m not sure if this is the right place to ask this question, but I didn’t see a place to send questions on your alchemy page. I am interested - very interested - in purchasing and working with Lumin. And also with…