Greetings, Awesome Ones. How about a little catch up. I'm going to send out an announcement pointing people to this Discussion, so we can get a nice cross-reference of opinions and suggestions on where we want to take things as a group.

The summary of what follows is this: the constortium of Galactic Councils, in association with one of my larger selves and my entire 12 entity committee of guides/handlers, wants me reaching into the deep selves of millions, instead of thousands. A big part of this thrust is to bring the kinds of things we know and study far more into the mainstream, so that I will be one of the mouthpieces to champion seekers/new agers/volunteers, to fire into the lexicon the language we speak, pull back the curtain and make it so we don't have to mind what we say to others so much and can come out of the closet. Since most of the natives to this experiment are on their way to becoming what we already are, we're essentially, once again, blazing the path. It kinda goes like this: point me to one work of book-length fiction on our topics and knowledge that is a bestseller. You might be able to find one, but there aren't many, if any.

The very reason they wanted me writing in terms of "fiction" (even though we all know I'm telling a true story) is because in self-help nonfiction books, they reach only the audience that is looking for them. Fiction establishes and brings in new demographics and group levels.

My novel, Mythion, is finished and is publish ready. Associated with it, a few of us are forming a creative lab we intend to use to utilize all the publishing and storytelling avenues today's social and technological milieu has to offer, and we plan to develop a few, besides. This will include story-specific VR, ludic storytelling in the form of card games, which will flourish into video games. Screenplays are involved, so yes, you'll see Mythion as a series from one of the many studios. It will also involve cast-type readings of stories to be monetized on YouTube, etc.

Mythion is set partially in a virtual world (and aren't they all?) called Xenxu. It's served by quantum computers, which means the individual and collective subconscious is accessible because the quantum domain includes the sub- and superconscious domains. The central character, and from whose viewpoint the entire story is told, is railroaded into a therapeutic system which takes place in-Xenxu to identify and clear everything he needs to clear in order to become what he becomes. I won't go into it more than that, but it's literally a handbook on becoming a superbeing able to warp what the book calls timeform (timeform being the most definitive way to describe what every 3D and 4D continuum consists of). So, in short, it's an albeit fictional handbook on mastery, with huge symbolism and deeply esoteric concepts.

If there are any significantly ranked bad guys left at the end of the next twelve months, it's the information they've tried to keep secret. It's a magical book, one of those that would take many readings to fully see (think The Simple Truth, but 400 pages and fun as hell and a page turner). And it's the kind of book that will change the person just by holding it, much less reading it. Like The Simple Truth, you'll be able to set a glass of water on the paperback and clear, charge and structure it.

The first effort will be three pronged, and here we start getting into what I'd like to ask you all, but I'll get to that. For the first group of associated projects, we are already developing a card game, not unlike, Magic: The Gathering, called Mythion - The Card Game. Playing the game will automatically elevate the player into another strata of expansion, provided of course they're ready. Secondly is the publishing of the book, which is going to be a true launch to make as big a splash as possible. Since there will be many readers who will want explication and deeper comprehension on much of the information and concepts, a forum like TSB will come together, which is the third prong.

As many of you here have utlized the alchemy, the tools, my information and energy, group energy, teachings from others here, and so on, many of you are excellent mentors. Mythion is intended to become a movement, way more than just a book and TV series. Also of note, I will be personally initiating people into the higher energetic spheres and teaching the methods for timeform mastery.

That brings us to the question: in your opinion, and we're wide open to suggestions, should we move our entire operation into Mythion.one, the new Superbeings? OR, should we have two social network forums, one where Mythion and all the self-mastery is discussed, and one where we discuss the types of things that shock and enrage minds not accustomed to seeing it. Keep in mind, we can continue with more private discussions in the Mythion social network in groups or Discussions not made public.

This will get big, so our group will number in the thousands of active participants, all doing the kinds of things we've already done for years with 100 or less people. The power of it is going to be explosive, and everybody participating will, yet again, be raised into another initiatic level of being, because of the group.

Thanks for any opinions and/or suggestions you have.

One last thing. My publishing partners are going to want to assemble my "launch team," those who've read the book before publication and will seriously commit to giving at least a 4 star rating on Amazon. That's their gig. I won't ask anybody to do anything that isn't true. So, stand-by for the announcements involving that. I could send it to anybody that wants to read it now, but I think the publishing partners would disapprove at this fairly early juncture, even though I know some here will take a month to read it.

OVERVIEW I’m putting this in as a Discussion, so that we can easily communicate and share about this knowledge, which is some of the most important of my life. You are full of heavy metals, by design, and to which you willingly, perhaps even…

Greetings, Awesome Ones. How about a little catch up. I'm going to send out an announcement pointing people to this Discussion, so we can get a nice cross-reference of opinions and suggestions on where we want to take things as a group. The summary… 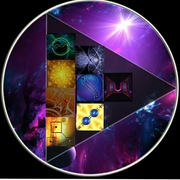 More than a feeling

It's good to know you're not alone. Even with a spiritual path, which I think of as really just a next generation future technology we've yet to fully comprehend and appreciate yet, it's important to have a community available.a group of like minds…