This thread is a public service announcement for those whose handlers guide them to read it. I'll nutshell all this in the best way I can without writing a book, which I could do about all this. To some, this is going to sound insane, but I assure you the potential of what I'm about to relate is accurate.

C-19 was released by America's enemies to create the optimal conditions to cheat on mail-in voting for Biden. There were many reasons for its release, but in the context of this message, we'll stick to the more standout points.

In short, Trump kicked his ass, broke records, won in a landslide. The votes were coming in such a deluge, the foreign powers who were online and running it triggered the count shutdowns in all those contested states and started the vote dumps and all other methods so that the landslide numbers would "flip" overnight. It took 12 million manufactured votes to effect the steal, but it left Biden with 81 million votes, which everybody knows is absurd, since Obama topped out at 69 million in his record breaking 2008 campaign. Trump, by the way, got 74 million.

The election is beside the point, however, as an election. It was actually a massive sting operation in planning (ultimately) for over a decade. We're in possession of mountains of information with regard to all this, and we don't really need to go into it unless you want to know more of the behind-the-scenes information. Even then, we don't want to publish it here, so we'll tell you who to go find and look into yourself.

Suffice it to say that massive US military troop deployments have been underway for months, including reservists and retireds, all being called into active duty. The vaccine is to be distributed by the US military. Trump's fast-track of this vaccine was less about the virus as it is about troop deployment in all 50 states. This way, they can do what they need to do to be ready without causing a panic. There is much more on this deployment than needs to be said here.

A group of active and inactive generals are urging Trump to declare martial law. That is a necessity for invoking the Insurrection Act, under which election interference from foreign powers falls. It's very simple. If states refuse to comply with Constitutional Law on elections, then those involved will be held accountable through tribunals. This is going to happen no matter what.

The long and short of it is that we may have something major coming, such as a media and big tech blackout. Last March, I myself didn't buy that potential, but I do now. Enough for Mary and I to get emergency food in storage.

There are a rumored 200 thousand plus sealed RICO indictments yet to be unsealed. Thousands of bad actors are being arrested and jailed even as I write. The military deployment could in fact be in place to round them all up, both here and abroad, as there is a 17 nation bloc who've also deployed globally, all under the aegis of US Command.

The long and short of it is that we are at war. It might not look like it, but we are and have been for years. Just look at the news. Check out what the LA DA recently did. I personally don't think anything but mass arrests and sponsored riots will ensue, but martial law, the potential blackout, and tribunals are going to start.

This public service announcement is just to give you a head's up, and to maybe get some extra food and water stored, which is a good idea, anyway. Maybe be in touch with family and friends to set up alternative communication methods. It's possible they'll take the Internet down, as well, for a few days. If so, our own communications will be off for a bit. If not, we can stay in touch here.

We're all excited about it. If it actually happens, it will be an amazing thing, because getting "their" sludge off our money is going to lead to meteoric prosperity. Obviously, we don't like being political around here...it's just not the place for it, but this message felt necessary.

Don't worry. Don't fear. It's all good, and quite a movie!

of 22 Next
This reply was deleted. 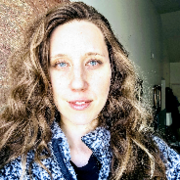