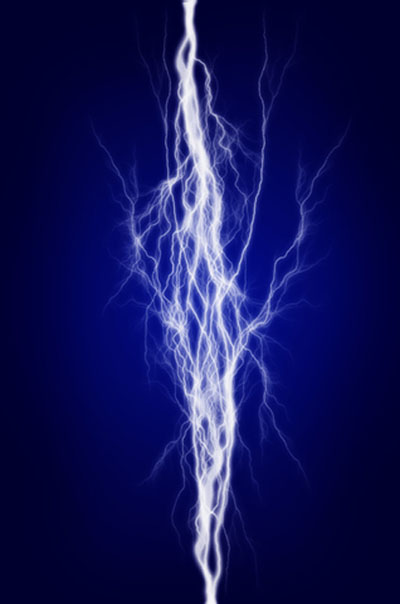 Our own vital lifeforce is being used to build and strengthen the rainbow bridge between the two dreams. To some, it might seem that our own little stores of energy would be paltry, and that’s true if you compare the volume of energy being used right now with the volume of energy being used when we have hundreds, or even thousands, of people involved. But consider this old physics anecdote: that there is enough energy to boil Earth’s oceans inside the space of a lightbulb, and also that the energy potential is severely limited in its expression in this 3rd density. And so when it is used in less physical planes, such as 4th or 5th density, its potential is much more fully realized, orders and orders of magnitude more fully expressed, which is, in fact, why energy used for supernormal abilities isn’t actually expended here.

On the flip-side, we gain back a tremendously high level energy, codes, frequencies, and so on, in return from the 5th density realm we’re bridging to. We’re in fact using it for our practices now, and it’s very nourishing, regenerative and balancing, and brings with it a beautiful lightness of being and certain recognitions that teach the mechanics and feelings involved in supernormal abilities.

So, the difference between excellent health and any other level of health is, ultimately, the internal store of lifeforce that is both accumulated and flowing. It is only common sense that for any reason at all, including just feeling great and being happy, is to keep the “lifeforce tank” as full as possible at all times. The result, provided one is clear of programming, belief, densities, and so on, is just plain feeling fantastic, stronger, clearer, more balanced, more grounded, peaceful, powerful and especially youthful.

There is almost no Qi Gong, Tai Chi, Yoga or Martial Art that isn’t somehow either involved in helping to generate and store it, or channel, distribute or otherwise use it in some way, and obviously this includes sexual energy, which can be, as you most likely know, very powerful. This is why there is a section dedicated to sexual energy in this overall Mastery System.

There is so much information out there about it that you could spend years on the vital lifeforce topic alone. This is why we’ve simplified it as much as we can here, because we ourselves are using simple daily practices to keep our “stores” topped up as much as we possibly can. Even if you never plan to join us in our bridge-building effort, these practices will help you a ton…well, unless you’re already a Chi Master or something.

The alchemy is a great way to help keep the lifeforce topped up optimally, especially Alkhem and the Helios Gold and Platinum. If you’re a pretty busy person with home, work and whatever else, adding this to your regimen could seriously simplify the ongoing process of keeping your tank as full as possible. This is especially true when it’s the alchemy helping to free you of all the stuff that inhibits the building and flow of vital lifeforce. The link is at the top in the main navigation.

Food: what more could be said about it other than that it IS vital lifeforce? It’s why it exists. There’s probably no necessity to point out that the higher the frequency the food the better, because you’re not burning lifeforce in order to digest it. A simple Google search will yield all the results needed for what is difficult to digest. What you’re left with is fruit, veggies, fish, poultry, nuts, berries and grains. This isn’t rocket science – you know this already, but being mindful of it, especially in clearing all your foods with command, prayer, blessing, whatever, helps a lot.

Single Point Meditation - Something that is not well understood or known is that psychic energy somehow converts, at least for us, to the more physiologically oriented Chi, or vital lifeforce. We’re not actually well enough studied to know if there is a true difference, and we’re not sure anybody is a true authority. To us, there’s not a difference, and this is due to direct experience. Its only difference is in how it is used. This means that meditation upon a single point, as an example, can generate quite a surplus of energy that can be channeled to and stored within the Dan Tien, which is the pool of energy, sometimes called kundalini, at the base of the spine, and which is associated with the sacral chakra and therefore sexual energy. The simple concentration upon a single point of light, as an example, is what attracts the energy, and it can be felt gathering in the forehead, especially at the third eye. Ten minutes of steady (as steady as possible) closed-eyed focus on a single point of light, and then will it to spread through the body or channeled to the Dan Tien, can feel pretty amazing, and can leave your brain well tonified with mental clarity, even mental power, being the result.

First Awareness Meditation - This is a meditation that is quite similar to Transcendental Meditation, the difference being that there is no mantra which is a sound. There is, however, a self-referential feedback loop, as with TM. This one is also remarkably nourishing, energizing, regenerative, calming, balancing, releasing, and the list goes on.

Sun Meditation - What can you say? The Sun's very essence is spectacular firey energy with balancing magnetics. It hurls all this at Earth every day, and everything on Earth is regulated by it, fed by it, adjusted by it, and on and on.

The Breath also contains vital lifeforce, which in Eastern Traditions is also called prana. We know in many cases we’re preaching to the choir here, and there are some reading this who know more about breathwork than we do. We just know what is working for us for the task at hand, and it’s all working very well. On the Meditations & Mental Practices page there are several methods and modes of breathing.

Sunspace is a simple way to increase the volume of lifeforce. Just stare at it, truly BE with it, be open and allow the absorption of energy, and do play with it for between five and ten minutes.

GSpace is also a simple way to increase the volume of lifeforce, especially when done with a group of people, and it’s the same with this one - just stare at it, truly BE with it, be open and allow the absorption of energy, and do play with it for between five and ten minutes.

Chakra Cuning is also a quite simple way to increase lifeforce.