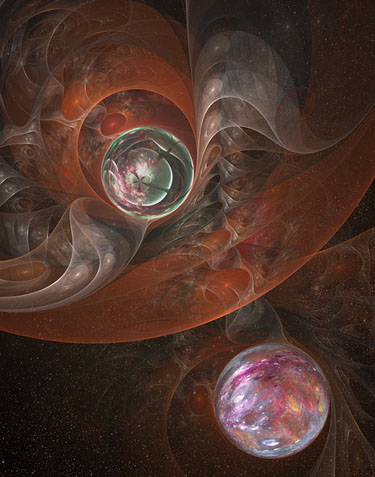 Our mission is to help anybody who wants it to get clear, purified, of all the surface and deep subconscious programs, beliefs and toxic thoughts and emotions that are inevitably taken on when entering this 3D Earth system. We’re doing this through a simple, clear, and easy-to-follow program called The Simple Truth: Fast Path to Freedom.

That you’re reading these words is an indication that you are likely a Volunteer/Wanderer, someone who came here to help out in a big project taking place on Earth now and in the coming years. As a Volunteer/Wanderer, the best way for you to help is to get crystal clear, pure, through all of your layers of being.

As for the project itself, its description follows.

On this site you'll find out what is really happening on Earth and why, and how we as a growing group of superbeings are in this to be instrumental in the outcome and its planned success.

To some, the information found here will be new, revolutionary, even radical, and might inspire conditioned responses of anger, fear, doubt...you name it. We're not here to indoctrinate you, or to win you over. We're just telling the truth, and we suggest you just go into it all with an open mind and heart. The underlying you, the you inside, knows all this anyway.

For about 80,000 years, we have all (which includes you) been involved in a carefully orchestrated evolution, set to reach a challenging point of transition, an evolutionary leap into a 4th density continuum, now and in the coming years. It has galactic genetic implications. The last such evolutionary leap took place when Neanderthal man gave way to homo sapiens sapiens, and in some places on Earth that transition took no more than two generations.

To cause that relatively rapid evolutionary leap, our heliosphere (the Solar System’s “atmosphere”), in its ponderous transit around the galactic core, entered and started to react with a higher energy zone in galactic space. This zone and its interactions with our Sun were the deciding factors for what kind of human would be needed to carry through from that time to now (with a few tweaks in between) essentially forcing that last major evolutionary leap.

As planned and on schedule, we are once again entering an even higher energetic zone in galactic space, another step up (like the one from Neanderthal to present human) in frequency, codes and energy, essentially forcing this planned evolution to yet another step higher. This necessitates the adaptation and mutation of a higher level human, a 4th density humanesque which will be a new race birthing into that already existing 4th density world. The more people we train to do what we're doing, the more rapid the transitional potential, and we are told that this one can, theoretically, take place in the blink of an eye. Maybe it will, maybe it won’t, and by no means will everyone make the jump, but we intend to do everything in our power to increase those numbers and to shorten the transitional phase, which is one of the very definitions of what we are – and in fact what you are – doing here in the Earth 3rd density system at this time.

We are attracting some very special people from all over the world, all of whom are on Earth at this time for this very purpose, and only a few of whom are yet aware of it. The first part of our job is to make them aware of it, which is about awakening them to what they already are, and turning their focus, in a group-mind way, to our massive and beautiful objective: to train them to be simultaneously aware in two completely different worlds, and through that bilocated conscious conduit be instrumental in collapsing the spacetime matrix.

This Earth experiment is unique in the Annals of Creation, which is why there are trillions upon trillions of people throughout the Cosmos excited as they watch it unfold. We are galactic architects and builders, evolution theorists, reality engineers, and we’re in bodies now working in partnership with our selves which are not in bodies in order to experience what could be the most astonishing event in galactic genetic history.

Even if our mission is not your mission, there are some very high level tools on this site free to use, and some potent alchemical products that work wonders in effortless clearing of subtle bodies and putting you in direct contact with higher intelligences. Plus it’s just plain fun to hang out with us.

The full document from which this is taken is The Superbeings Story.