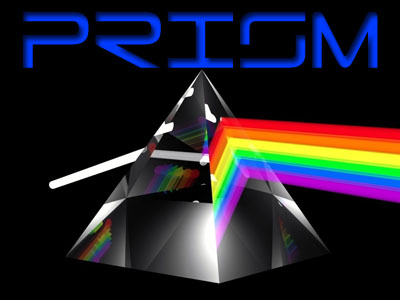 CROWN CHAKRA – Isn't it interesting that this one is where I'd start? They tell us that this could be about lineage of Royalty, even in higher spheres of being, and I find it fascinating in the Crown's explanation the bit about crown jewels actually being used for esoteric purposes in the past, such as with the types of metals and gemstones that focus crown-chakra-specific energy and information. What this might be telling me is that it is time for me to WEAR that crown, to own it, to seize it, and to reclaim the power that it represents. I can leave its openness and balance to higher help for now, I think, but I also should be watchful of anything that can be achieved in that department with my attention.

PSYCHEDELIC – Maybe this is just an understandable reference to where things are going, and that I should prepare for it. There is also no question that this is a reference to contact with higher intelligences. The alchemy has certainly given me some mild psychedelic effects. It says in this symbol's description that I can use the symbol itself to program water for such an experience, so clearly I should at least try that. It might not be a bad idea for me to be open to some plant allies finding their way to me too. Maybe it'll just fall into my lap. If it doesn't, I'm good with it. I know that deep breathing in the holotropic sense can also deliver quite a psychedelic-like experience. Maybe I'll try that too. I think too that, once again, just being mindful of what is coming in this regard will in a sense be its own effortless preparation. I seem to recall discussions about alpha and theta brainwave states. Well, I have a hunch that we are no longer in beta at all, but in mid-alpha to low theta. This science actually never refers to gamma, but maybe we are to consider gamma in an esoteric sense, something we are being shown as a group. Anyway, there seems to be some resonance to these brainwave states and the reference to "psychedelic."

PAIN – Oh god don't I know it. Since I'm seeing the Solar Plex Chakra symbol in this PRISM, maybe that's where some old emotional pain is held up, and that is what is manifesting in my body as the outer expression. In any case, I don't think I need to know its core, its essence, the beginning of that patterning, and for now at least I'll trust the PRISM to remove the underpinnings of the “problem.” So, in that regard, I hereby command PRISM to start that work upon my activation of today's PRISM. I suppose it's worth acknowledging here that I have truly never let go of Aggie after the divorce, and it's been so long it doesn't make any sense whatsoever that I hang onto that. So, I release that too. Take it, PRISM, and turn it into something beautiful for everything else.

SKIN – If I were not who I am and how far I've come, I might not be able to recognize that this is probably almost always going to be a reference to repeated initiations peeling away the “old” skin to reveal the new one. Since these advancements, and plateaus, are coming more and more frequently, it also strikes me that there is a point where they reach a critical phase, where they can't come more rapidly, and that is.........BOOOOOM, the transition into a higher order of being. So too have I heard that our trek through this graduational existence is a never-ending initiation. But too, I think I'd be lying to myself if I left out of this the fact that I have that crazy rash on the back of my thigh, and it's just an outer manifestation of something inner. It wouldn't surprise me if there was an association to the pain part of this PRISM. Again, I think I'll just trust PRISM to take it, and if it doesn't, I'll come back and probe this symbol some more.

JOY – This is not an emotion, according to the information about the symbol, but more like a condition, a living entity to become merged with. I think what that's saying is that Joy isn't a chemical flow. Maybe complete Joy is what it is to live in a higher density plane. I can certainly picture that, because I can picture a truly totally orgasmic state where Joy is the only word that can be used to describe it. In any event, I think it's clear that Joy as a constant state of being is inevitable somewhere down the road, but that whatever is necessary to be called to my attention to handle, I will. So in that respect, I also ask PRISM to make me aware of anything I myself must do.

SOLAR PLEX CHAKRA – Soul of the Universe, the information says. There is something absolutely profound about that. I'll be meditating on that one. There is a deep understanding available there. It also says that the Solar Plex is a point of expression of will, and I can see how this could be an expression of the will of the Soul of the Universe. Now that I'm tuning into myself in writing this, I can also sense that I have some murky blockage there. All right. Glad to know that. And I'm glad to know that the activation of this PRISM is going to begin removing the underpinnings of whatever that emotional content is. There is so much to be said here. I'll be adding to this Resolution, and I want to come back and probe this one some more. Since this one was also in my last PRISM, it seems to be insisting that I either look more deeply, or that there is more than one thing to be done here. But this is good for now.

CREATION – The symbol's info says that this isn't in reference to the act of creating, but is the word being used for The Whole. That this PRISM finishes with this is, I think, spectacular. Because what this is telling me is that I am going to become increasingly aware of my position in this machine, the cog that I am, and how that resounds throughout The Whole. This is telling me that I am Creation, and that the small me is going to become a crystal clear portal of expression for the Will of All. At least I hope that's what it's saying, because that is what I want. Obviously, since this has seemed to turn into a journal, a journal as prompted by PRISM, I'll be referring back to it, because I'm beginning to perceive that everything here is going to “clink” into deeper and deeper meaning.

OK, time to activate it. And I'm going to remain open to the idea that I may be activating it again once I've probed more of what it has to show me.