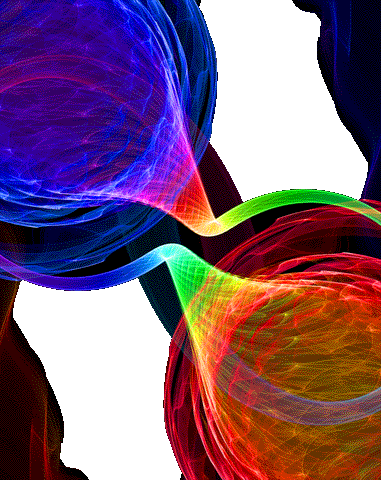 This topic is SO touchy. One person can read this page and be utterly offended, and another can read it and be utterly uplifted. Again, what you do is none of our business. This page is here for those who might not be fully clued-in to the power of sexual energy and how thoroughly it can remain clogged in our clearing and purifying systems of local being, and how easy it is to waste it. This last part only matters because of how much of our vital lifeforce is being used to build and stabilize the bridge. It's really quite easy to keep our "tanks" full, though, and so maybe it doesn't matter that it's being wasted (smile).

As you're probably well aware, one of the greatest wastes of vital lifeforce is through (we hesitate to put it this way) irresponsible sex, especially between any two people who don’t have energetic compatibility, and of course especially for men no matter who it’s with, even when no ejaculation has taken place. The way vital lifeforce can be siphoned off for men even without ejaculation is by using sexuality in the typically programmed macho male way, like a “need to get my rocks off” kind of thinking. Sexuality in the world has been steered by the controlling faction towards these baser elements of it, like the macho-male type thinking, because they know full well the power of its energy and that, in fact, the pineal gland is a kind of sexual organ. As much as we’d prefer to avoid any chatter about the controlling faction, there are places it has to be brought up, and this is one of them. They want everyone wasting their sexual energy so that the kundalini doesn’t wind up being used by the pineal and pituitary glands.

Even without ejaculation, the energy gets siphoned off by your partner, or conversely from them to you. Of course this isn't always the case, but it does happen with incredible regularity. With the wrong partner, women can also waste sexual energy without knowing it simply because her partner is taking it. Here’s a big one, though. Once we have had sex with someone, we're forever entangled with that person from that sexual contact. Because of the vital and deep creative fire nature of sexual energy, these entanglements just never go away because there are now “hooks” or “densities” or whatever words you want to put to them in your pelvic bowl that will remain unless deliberately removed. The way to remove them is to go to this symbol and ask it to scour and cleanse your pelvic bowl, releasing all past connections, densities, hooks and imbalances from all past sexual contact. It’s a little like re-virginizing oneself.

We don’t presume to tell people what to do, ever, and even if you’re a lush with promiscuous appetites, the only effect it has on you is the draining of vital lifeforce, and a permanent connection to whomever you’ve been with. If you have other ways to keep that energy level topped up, then perfect. All we’re telling you is that we’re going to need all the vital lifeforce we can maintain to perform our job to its highest level possible as a group.

Having said all this, we've been shown that there are beings with us during lovemaking, and they are some way or another directing the energy within our bodies, or are putting it to some other form of work. And so it's well possible that people like us, on our level (meaning you) are no longer wasting it.

There are quite a number of high level experts out there who have systems, knowledge and suggestions for those who don’t want to make a monk’s commitment to celibacy, which can also be a waste of sexual energy.